According to its long-standing reputation, Germany is a country that’s always playing by the rules. It’s famed for its non-compromising sobriety and for its strictness. If you take time to know it, though, you will want to come back time and time again.  Each visit will open your eyes to a land of intriguing and fun facts. Below are ten weird Germany facts that will make you gasp in awe and perhaps read more about life in Germany and its peculiarities.

With its famed strict nature, you might be surprised with the tolerance, fun, and freedom Germany has to provide. We bet you were not aware of the following weird Germany facts:

You Can Drink Alcohol in Public

If we are to be honest, plenty of us have at least once hidden some alcohol in the coffee tumbler, sipping it while out and about, or covered a bottle in a neutral bag and drank straight from it in the street. Sometimes, we just want to have a relaxing sip of alcohol without being confined to a place, like home, a bar, or terrace. In Germany, you can be on the go and at the same time get tipsy. Such freedom is only a dream for so many nations out there. Also, if you are already 14, you can legally have a beer or wine, given that your parents are around.

Prostitution Is Legal in Germany

As past experience has proven us, deeming something illegal is sure to boost its popularity or usage. In Germany, a decision was made: prostitution should be legal and the Germans are quite happy with it since it’s happened. The sex work field is thus better regulated and less exploitation occurs. The government tries to make this business more transparent, fair and healthy, and even facilitate the access of disabled people to sexual services, in an attempt to bring equality to everyone.

Even though you may not be religious, do not attempt to do noisy home renovation work on a Sunday. It’s illegal and it’s among one of the weird Germany facts! Everyone agreed with this, as having a quiet day per week is such a blessing. Also, Sunday is not a good shopping day, as all the stores are closed. After all, Sunday is called Ruhetag, which literally translates to ‘quiet day’.

Psychologists and physicians say it is a great idea to regularly have an off-day, in order to reset on all levels and replenish your energy. It’s all the more therapeutic when everyone is doing the same and there’s no more hustle and bustle around for one day.

The Kids’ Prize on Their First Day of School

In most countries, children are receiving prizes once they’ve proven their abilities, usually at the end of the school year. In Germany, it’s quite the opposite. When kids begin the first grade, in their very first day of school, they get a nice welcome gift: a huge cone that’s filled with candy and toys. This tradition comes from the 1800s. It’s been upgraded these days and thus it became even better, it seems. Some schools add more valuable items to the cone, such as video games or even a mobile phone. The habit has spread to some of Germany’s neighboring countries, too. 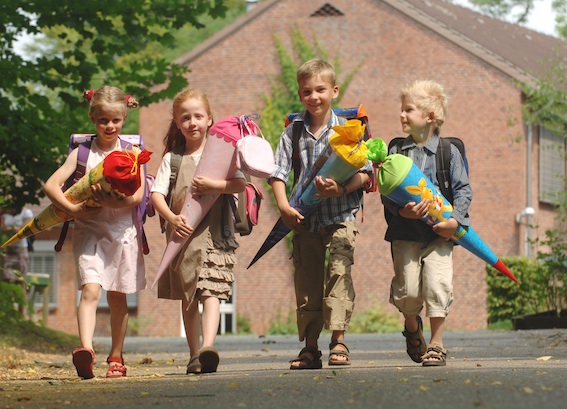 Free College for All

This law includes immigrants. The German state made college free for everyone since 2014, unlike in most countries. The USA counter-example is well known across the world and it’s especially puzzling for Americans to find that Germany ensures free college. In the US, the future student’s family needs to put money aside and save for years in order to make college studies possible. Or, they indebt themselves by taking a loan! Alright, this may not be welcome by hardcore Game of Thrones fans and the like, but to the babies this one of the weird Germany facts is actually a blessing. If the name chosen by the parents is too weird, the civil registration office refuses it. This saves the future child and adult from a lot of embarrassment later in life. A peculiarity of this law is that the name has to be a clear indicator the child’s gender. However, exceptions are made in the rare cases when the baby’s gender is unclear at birth.

Oktoberfest Is Not in October

We don’t quite understand why Germans like to fool with us this way. Perhaps the reason is that they want to keep all the best beer to themselves. Oktoberfest begins 16 days prior to the first October Sunday. That means you must get ready in September. If you’re thinking you have a whole month ahead, you’re wrong. The feast tends to end by the 2nd or 3rd of October. And if you’re wondering how did such a jolly feast originate, here’s the short story. The first Oktoberfest ever was a wedding ceremony – that of Bavaria’s Prince Ludwig in 1810, the man who later became King Ludwig I. 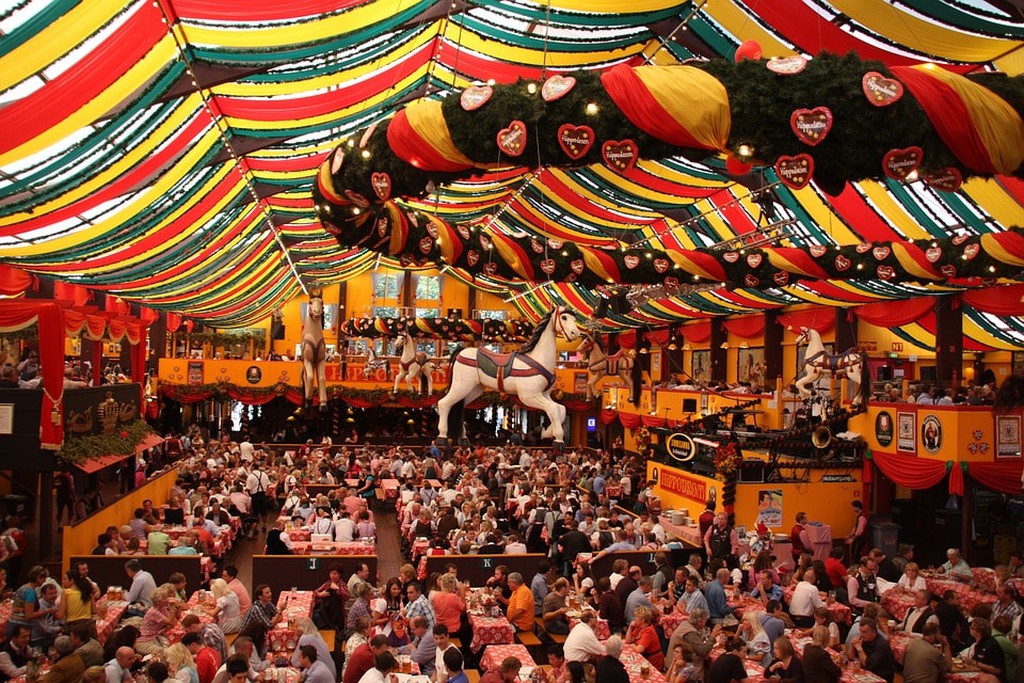 A lot can be said about beer in Germany, but instead of that it’s better to just go and drink it. After all, this is what Oktoberfest participants do, and they manage to consume a total of 6.7 million liters. Not only that the country constantly remains in the top 3 of beer drinkers worldwide (sharing the podium with Ireland and the Czech Republic), but it also produces 5,000 different types in its 1,300 breweries. It is a weird fact, but the happy-making kind of weird, is it not? Anyways, why would the Germans have 5,000 types of beer? Perhaps to have enough to go along their 1,000 types of sausages. 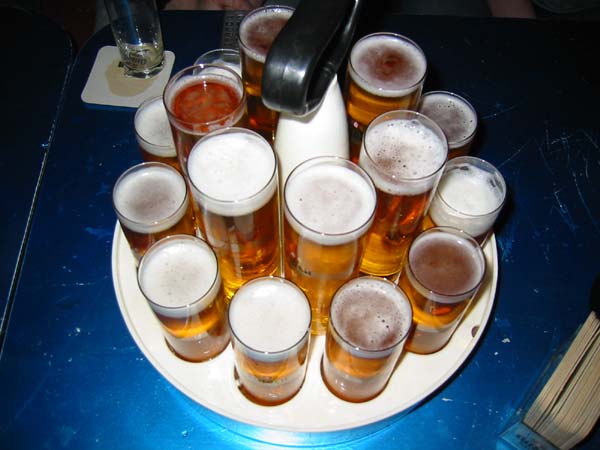 At first, you may be put off by the coldness and rigidity of social rules. For example, Germans don’t greet each other with hugs but in fact tend to actually keep a certain distance. Also, they despise small talk. They are polite, for sure, but not in the way the British are. They don’t make friends easily and don’t refrain themselves from calling you out if you say something inappropriate or make a mistake.

They don’t cross the rules, they don’t even cross the street without a green light. Germans always mind their own business and tend to leave each to their own. Mind you, these are pre-pandemic rules and do not refer to today’s required social distancing. It’s not that they don’t like to socialise, but they prefer to be polite, unintrusive, and to be respected in turn. If you gain their trust, you have gained a friend for life. 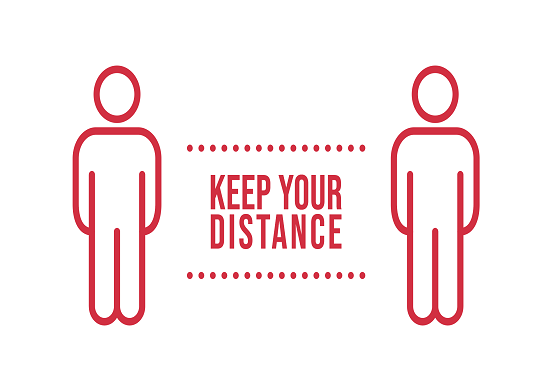 Thumbs Up for One Beer

It’s easy to forget the rules when you are tipsy and just enjoying yourself. If you’re in a German beer pub, don’t raise your index for one more pint. It’s the thumb you must show. If you raise the index, then you’re ordering two beer. Now, if you’re wondering what is the symbol for three, it’s not the middle finger. If you raise that one, you’ll be fined, because it’s illegal in Germany. For three beer, raise your thumb, index and middle finger. It’s a bit awkward but stay focused, otherwise your bill might be a mess! 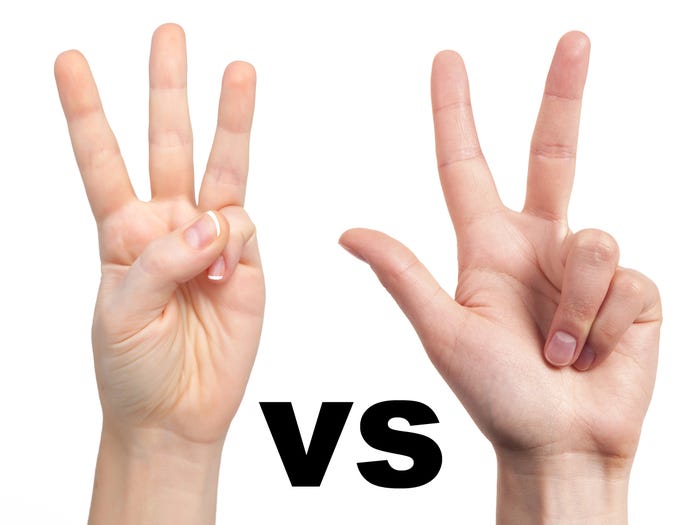 Germany will unfold its fascinating, as well as intriguing facts with every visit and every day spent within its borders. Its cultural traditions and its resilient spirit have shaped an attractive and complex nation, no wonder that so many decide to remain there. The more you get to know it, the easier it becomes to understand why Germany used to receive 25 million foreign visitors each year – it’s not solely for its natural and architectural beauty.