Which is the weirdest house in the world?

Who built the weirdest house ever?

To answer your queries here we’ve tried to discuss some of the weird house designs that are regularly photographed and shared as marvels of architectural design. Residential architecture is awash with possibilities and creating a unique house, mansion, or cottage is only limited by the imagination. The most important thing is to ensure structural integrity of the structure. If this is achieved, some weird house designs can be created that can be marked as the possibilities of ingenious construction.

A quick look at different locations across the world reveals some very bizarre houses. The creators of these unique homes believe in non-conformity, and their results have attracted­­­ a lot of attention. It is hard to pick just one entry to represent the weirdest house in the world as each of these intriguing weird house designs deserves attention. What would be your pick among these though? 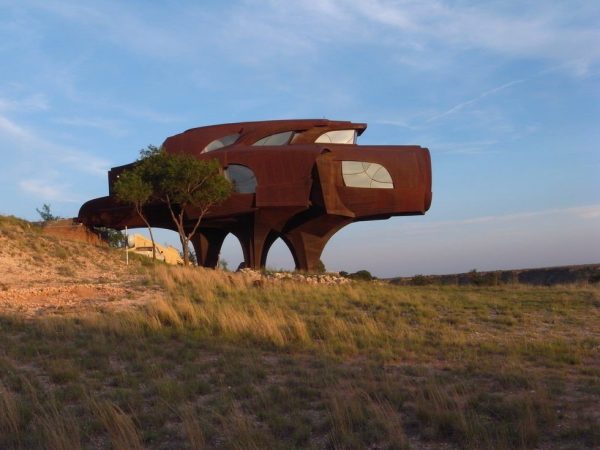 Closer to a work of art than an actual house, this Steel House, located a few minutes from Labock Texas, is quite astounding, more so when you learn of its history. Robert Bruno started constructing it in 1973. He worked on it individually, fabricating and crafting everything by hand. He sadly passed on in 2008, without finishing it. 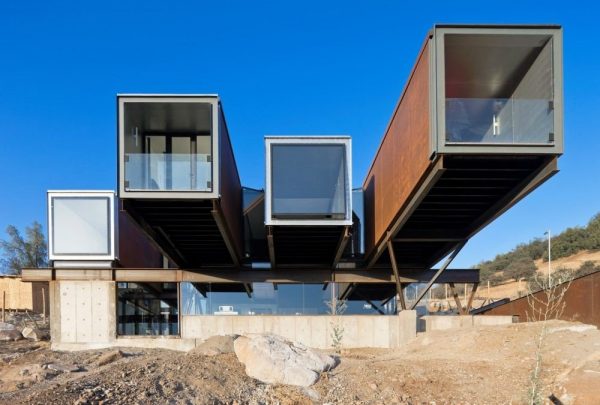 The name does not truly reflect the outlook of this house, so the decision to name it as such is not clearly understood. Located in Chile, the house was officially completed in 2012. The house is built on a rocky landscape, and this initially provided a challenge for the architects. To counter this problem, they chose to use shipping containers. 12 of them were used in total, with one of them serving as a swimming pool.

Despite its seemingly rough façade, the house has a contemporary interior. All the containers are connected while retaining their individuality. It is one of the bizarre houses that look close to conventional up close. 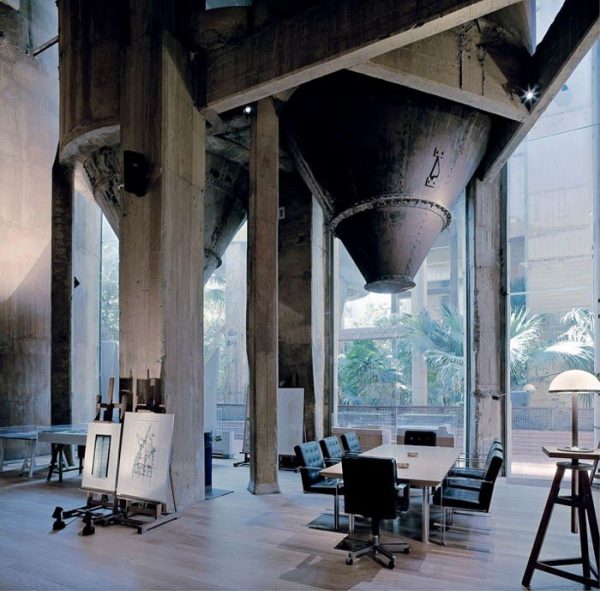 An abandoned cement factory is as cold and lifeless as buildings go. But what many people saw as a ruin, Ricardo Bofill saw as an opportunity to create one of the weirdest houses ever. Out of 30 silos present, 22 were destroyed and he converted the remaining into functional spaces, including an archive, laboratory, an event venue, offices, and a home.

He took two years to achieve completion, ensuring the soul of the facility was not lost. This means that huge concrete pillars, concrete dispensers are all visible. On the plus side, the house has very high ceilings which is always a plus. 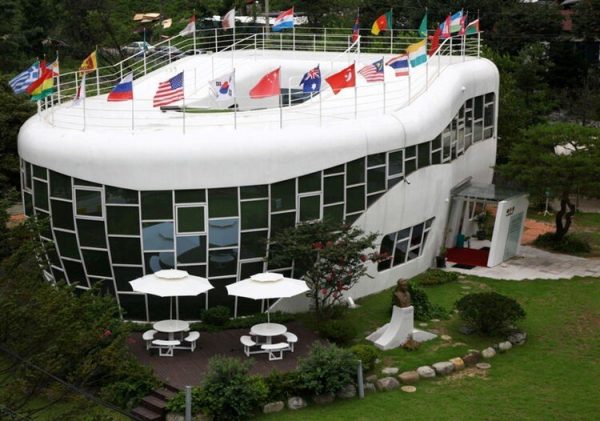 A toilet is hardly the place to look for inspiration when building a house, but that did not stop Sim Jae-deok. He created the toilet house, or Haewoojae, which loosely translates to ‘a sanctuary to free yourself from worry’. It has two bedrooms, two guest rooms, and three bathrooms which are aptly described as deluxe. There is also an opening on top which is reminiscent of a toilet bowl.

It should come as no surprise that the owner of the home was the chairman of the World Toilet Association. It is currently used a museum and art gallery or a very expensive rental. 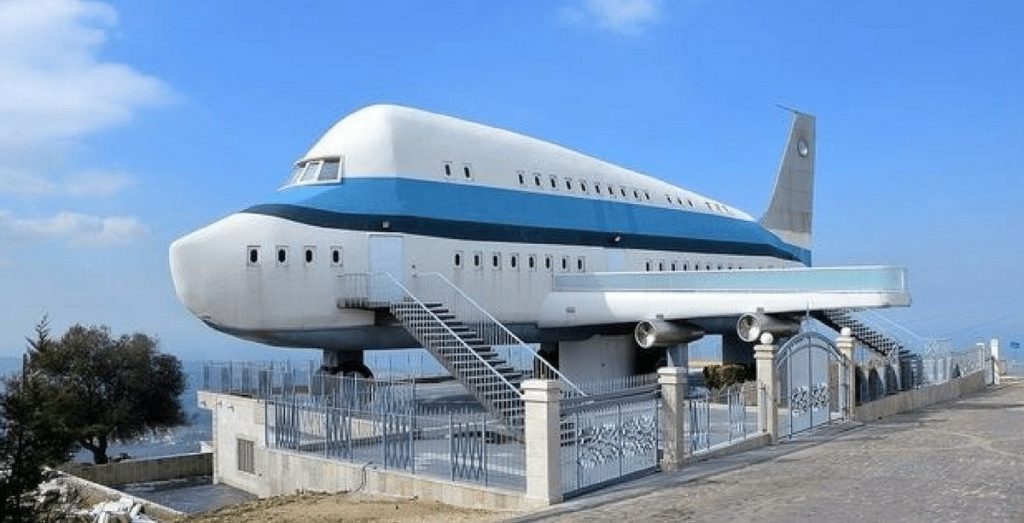 In the quaint village of Miziara, known for its luxury mansions, stands one of the weirdest houses in the world. Unlike other houses like it, this one was not a plane repurposed into a house, but rather, a house that was built to look like an Airbus A380.

The house is the fulfillment of a childhood dream for the owner Michael Suleiman. He uses the home in the summers mostly when comes home from overseas. As it is perched at a high altitude, the Airplane house offers plush views of the Mediterranean. 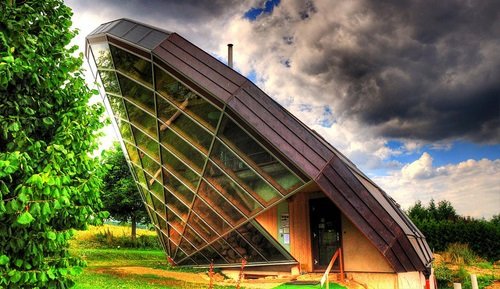 Located near Strasbourg in the easy of French is an exquisite piece of architecture. Built to resemble a sundial, this futuristic looking home is the work of Eric Wasser. He is a wood-worker who had aspirations to build an eco-friendly house.

It is tilted to be sheltered from the heat of the summer, but exposed to the little sunlight of the colder months. Despite being one of the world’s weirdest homes, this one has proved to be good enough to encourage three more to be built. 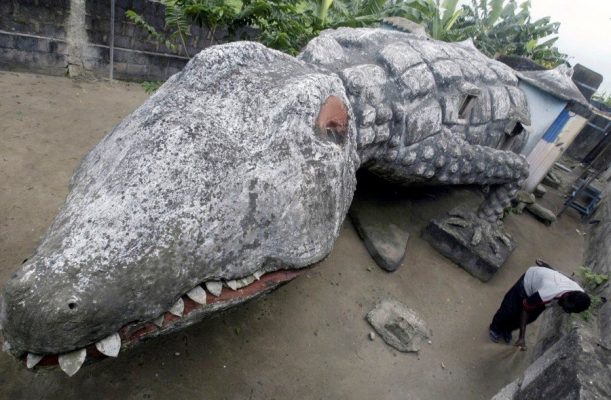 This eccentric home with obvious reptilian inspirations rightly fits in this list of  weird house designs. This crocodile home in Abidjan in the Ivory Coast is owned by Thierry Atta. It was actually the work of Moussa Kalo, but he passed away before the home was completed.

Atta, as his apprentice, finished the work and moved in. The façade is made from concrete, and the hollowed out interior is fully livable. The sculpture work is admirable given the complexity of achieving the silhouette, and its imperfections earn it a place amongst the weirdest houses in the world.

Home under A Rock 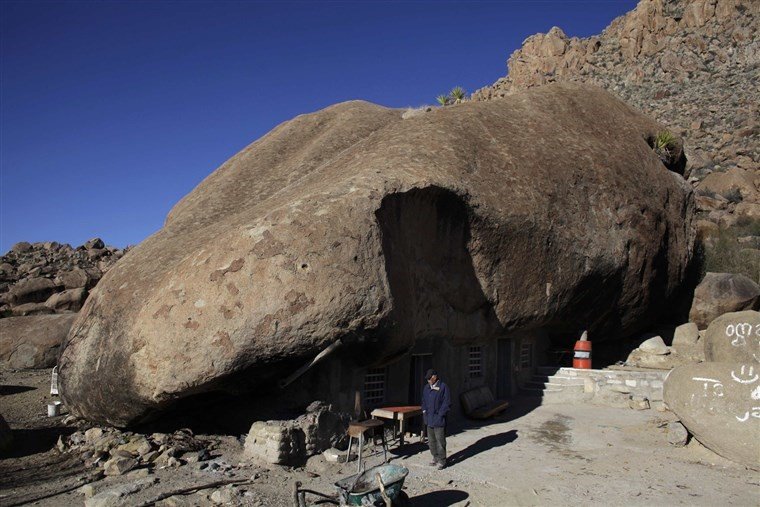 The literal space between a rock and a hard place is the home for Hernandez and his family. They have lived there for over thirty years. The home, located in the desert of Coahuila in Mexico, is made of sun-dried brick. The huge boulder, with a diameter of 130 feet serves as the roof of the house. This is a contender for the list of weird house designs simply because it must be unsettling to live under such a huge rock without worrying about it shifting. 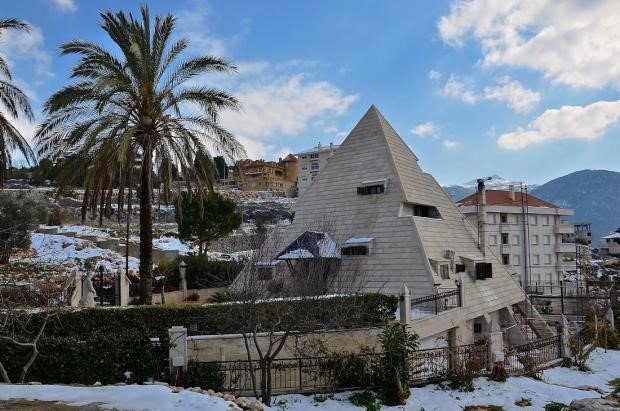 The Egyptian pyramids have inspired many homes across the world, including this one of the weird house designs. It’s located in Miziara in Lebanon, a village that is renowned for its weird mansions. The design of this pyramid house is skillfully executed. It is spacious enough to accommodate a family of 7. The owner of the house simply wanted a house with incline walls, and the pyramid design was not fully intentional. 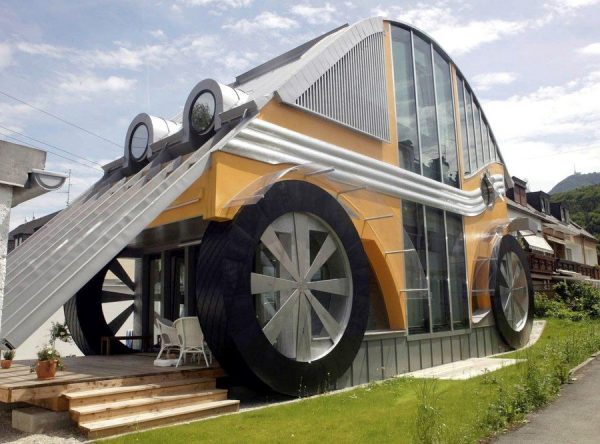 This car-shaped house is the work of Manfred Voglreiter. Completed in 2004, the home accommodates family of four. The house definitely stands out, and it is surprising to see that the architect got approval for it in an area that highly preserves its history.

The house was built to be energy efficient. It features natural ventilation and lighting as well as tight insulation and shading. Its car façade is simply for show, and it is not clear what inspired the owner to choose that particular aesthetic. What is known is that he wanted to have something unusual and looked to weird house designs to achieve that. 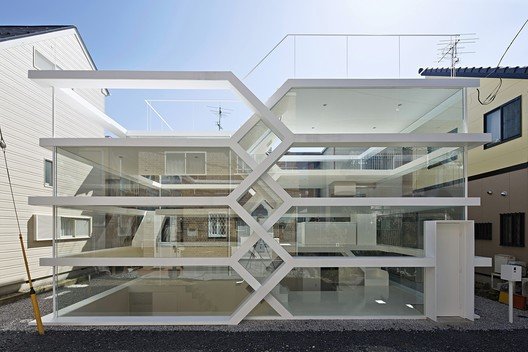 The fascination Japan has with glass houses is something of a mystery. They have a fascination with weird house designs that feature heavy use of transparent glass that is not common to anywhere else in the world. One of the latest additions to this intriguing architectural style is the S-House in Omiya.

The house has four levels, each of which has two opposing floors. The spaces are networked and the scissor design is highly complex, given that structural integrity had to be maintained. Yuusuke Karasawa clearly outdid himself with this creation that completely disregards privacy. 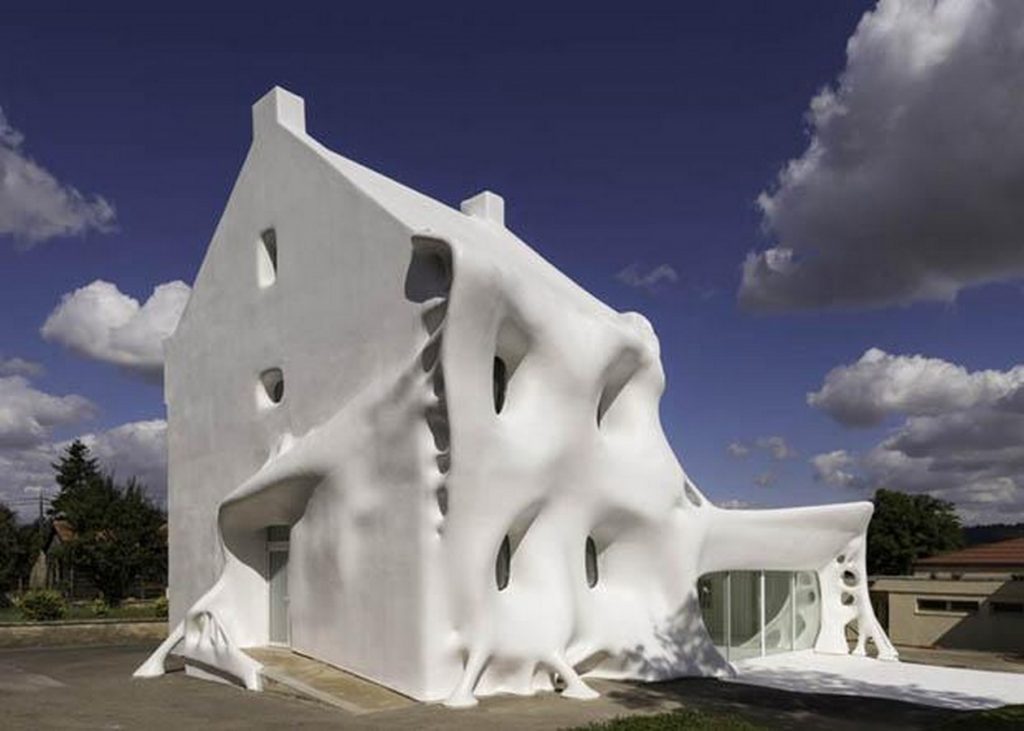 The ghostly exterior of this center an entry among weird shaped houses. Now a gallery and visitor center, French architects set out to convert an ordinary building into something spectacular. They covered the exterior with polystyrene to make it chunky, and a painted resin of polyurethane to make it waterproof. Marcel Duchamp clearly had an influence on this creation. 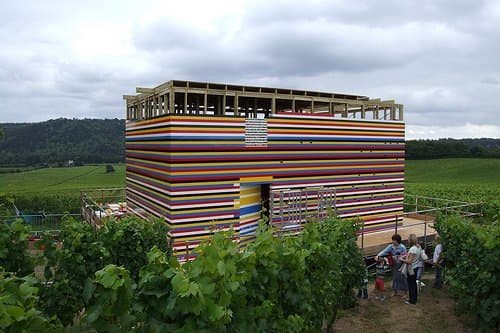 It is one thing to love Legos, but another to build a house entirely of them. For James May that is exactly what he wanted to do. He succeeded in building the house out of 3.3 million Lego bricks. The house was brought down because it attracted too much attention. It will forever be remembered though as a weird design project.

These weird shaped houses are just a few from the many that exist all across the world. What is interesting is that despite their looks, these weird house designs are fully functional with all the amenities you would expect from a living space. They are an attestation to the possibilities that are created when science and art come together. It is hard to know what owning a weird house that receives a lot of media attention is like. If you had the resources and the space, then why not?