Dutch doors, also known as ‘stable doors’ or ‘half doors’, were staples of the Netherlands in the 17th century. They were also commonly found in New York and New Jersey before the design changes associated with the American Revolution of the 18th century.

The majority of our existing knowledge about Dutch doors is due to depictions found in Dutch art. Seen below, Samuel van Hoogstraten’s painting, ‘Woman at a Dutch Door’, is a 1645 example of this. 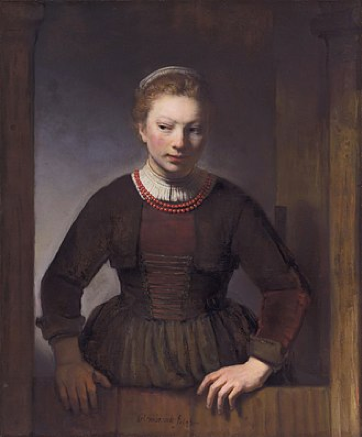 Dutch doors are made of two halves, the top half of which can be opened while the bottom half remains shut. This is primarily to keep children inside the room (or farm animals out of the room), and also be able to open the top half for sunlight and ventilation. Essentially, a Dutch door can be used as a window.

What is the origin of Dutch doors?

Since farming was the primary occupation in Europe during the 17th century, Dutch doors were created as a solution to allow light and air into a barn while keeping animals out.

Aside from farming, Dutch doors ultimately became commonplace on many buildings in 17th century Holland. They provided the added benefits of keeping young children inside a room, and allowing communication with visitors that homeowners did not want to invite inside the house.

After a while, Dutch doors became a feature of more urban housing in areas like Rotterdam and Amsterdam. In the 17th century, many families owned cows and chickens as sources of milk and eggs. The ability to see out onto the farm or greet guests while keeping out farm animals was a key benefit of the time. Not to mention, it was very useful for keeping vermin out of the house where food was kept and children were often playing.

Another benefit of these doors is that they keep leaves, dust and other unwanted mess out of the house.

When Dutch migrants began living on the east coast of the United States, their doors were one of the primary architectural features that followed them. This style of door remained commonplace in parts of the United States for around a hundred years until the American Revolution of the 18th century. Technology took over where most farms has thrived, which meant that the practicality of Dutch doors was no longer as essential. 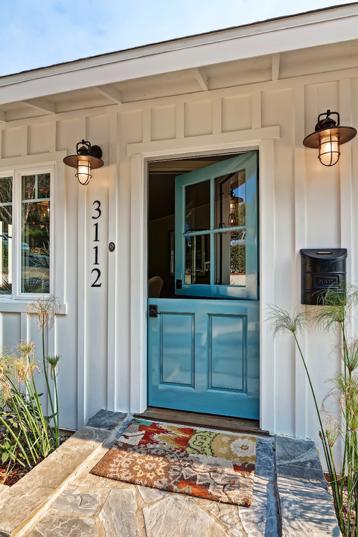 Despite their roots in the 17th century, Dutch doors are making a somewhat unlikely comeback as a modern day design trend.

Seen as a welcoming part of a family home with a nod to the past, they can certainly be a charming addition.

Having the ability to close the bottom half of the door also lends itself to the same benefits that the people of 17th century Holland enjoyed. It allows you to let fresh air and sunshine through into your home, without the risk of any unwanted wildlife scuttling inside. Also, if you own a pet, you can open the door with peace of mind knowing they won’t run outside.

In today’s modern world, delivery drivers are sure to turn up to your front door quite frequently. The convenience of a Dutch door means that you’re able to interact with delivery people without fully opening your home.

Some people even use Dutch doors inside their homes as more attractive replacements for baby and pet gates. Because they’re more solid and secure than a temporary gate, you don’t have to worry that baby would climb over it or that it would fall over from the weight of a pet or child leaning against it. While most of these doors are made out of hardwood, some are made of glass on their top half. Consider a stained-glass or multiple-pane approach for a Dutch door with added style.