When at home, you can enjoy the convenience of watching television, making coffee, microwaving popcorn, and brightening up rooms. Home electrical systems have become a lot more sophisticated as new technologies come to the forefront. In 2020 there were about 3.8 trillion kWh of electricity consumed in the US. That is 13 times the amount of electricity used in 1950. Home electrical systems require circuits, switches, and a central panel. Wires that are hot, neutral, and grounded are interspersed throughout the electrical system. An electrician knows this system well and can help repair any electrical issues before they become a hazard. 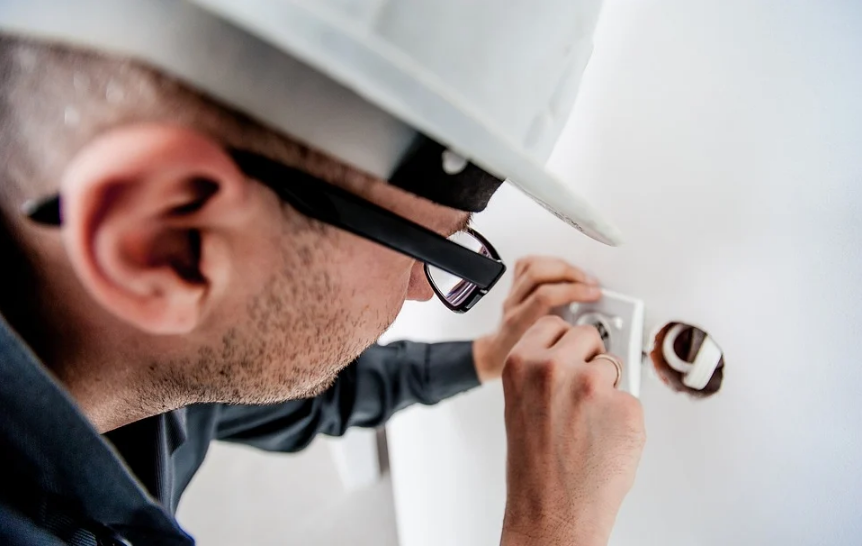 Your entire electrical system is made up of circuits, circuit breakers, the electrical panel, and all of its wires. The electricity flows from the power company through the panel. From there, it moves through the circuits out to your lighting, heating and cooling system, electrical devices, and appliances you have plugged into the outlets.

The electrical panel you have in your home has three main service wires that run through a meter. Meters measure how many kilowatts per hour you’re consuming. The power company provides electricity through the meter. This panel has a central breaker panel that is designed to direct where the electricity goes. The main breaker panel sends the electricity to separate circuits that allow a continuous current. This current stops only if it goes beyond a dangerous level.

The electric current in a home flows through a circuit path from the main distribution panel. Circuits allow electricity to flow throughout your home in complex branches that are sectioned off to different areas of your home. Typically, there is a dedicated circuit for each major appliance. For example, a dishwasher, an electric oven, and a washer and dryer would have their own circuit. You will likely find two circuit breakers per device for each large appliance, such as an air conditioner or electric water heater.

Wires That are Neutral, Hot, and Grounding

Hot wires are set up so that you can switch them on and off. A switch will change the flow of the electrical current.

The conductor allows electricity to flow through it and is usually made of copper, aluminum, or aluminum wrapped with copper. Resistance is anything that prevents the flow of a current along its path and is measured in ohms. The voltage measures the level of electricity. Amperes measure how much a current moves through a wire per second. Watts represents the amount of electricity used per second and can be calculated by multiplying amps and volts.

Find Out More About Your Home Electrical System

If you need more information on how your home electrical system works, you can speak to talented professionals who know all about them. They can help identify issues before they become a hazard.