Who owns the most expensive house in the world?

You’ll know about the 10 most expensive houses in the world that are owned by the exclusive one percent, of the one percent, with their expensive jets and massive yachts.

Among the assets that the ultra-rich like investing in is a good house. When the budget is limitless, a whole lot of possibilities opens up. There are those who prefer to invest in really exclusive locations, while others prefer to have lots of acreage and build something more elaborate with lots of features. Either way, a lot of money is involved and the result is being the creation of the most expensive house. 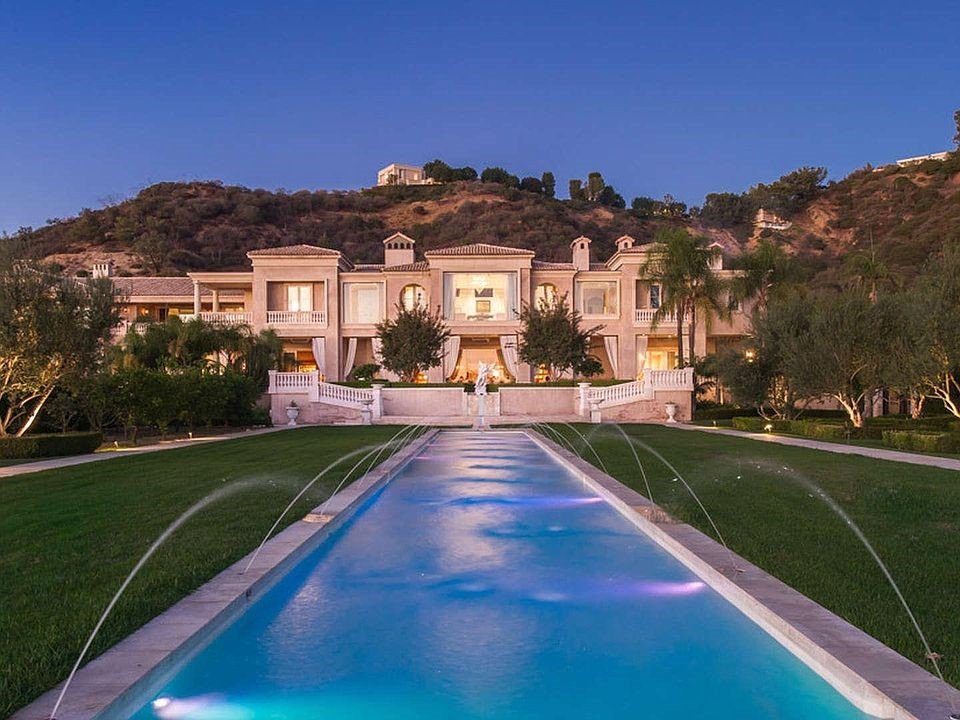 This distinct Mediterranean themed property sits right at the heart of Beverly Hills and was once listed as the most expensive private home in the US. Though its market value has dropped from the $195m listing price, nothing about its character or lavishness has changed. Sitting on 25 acres with some jaw-dropping city to ocean views, the mansion has 53,000 square feet of space.

It features 12 bedrooms, 25 bathrooms, 10,000 bottle wine cellar, 25 acres of ground that feature a vineyard, an infinity pool for 150 people and an entertainment complex. It truly is luxury at its best. The property is currently on sale, or can be rented from $250,000 a month. 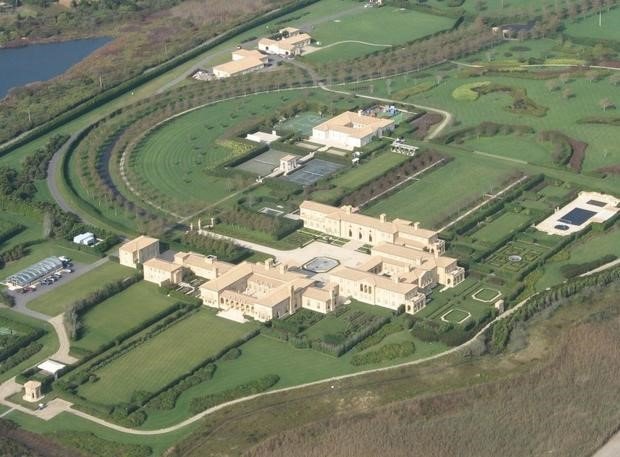 The best in the Hamptons is Fair Field, a colossal oceanfront estate that stretches across 63 acres. Owned by billionaire Ira Renner, the house is a jaw dropping 110,000 square feet. This is more than enough space to accommodate

To sustain all this opulence of this one of the most expensive houses of the world, there is power plant as well. The estate did face some hurdles during its construction given its excesses, but it nonetheless was completed and moved into in 2004. 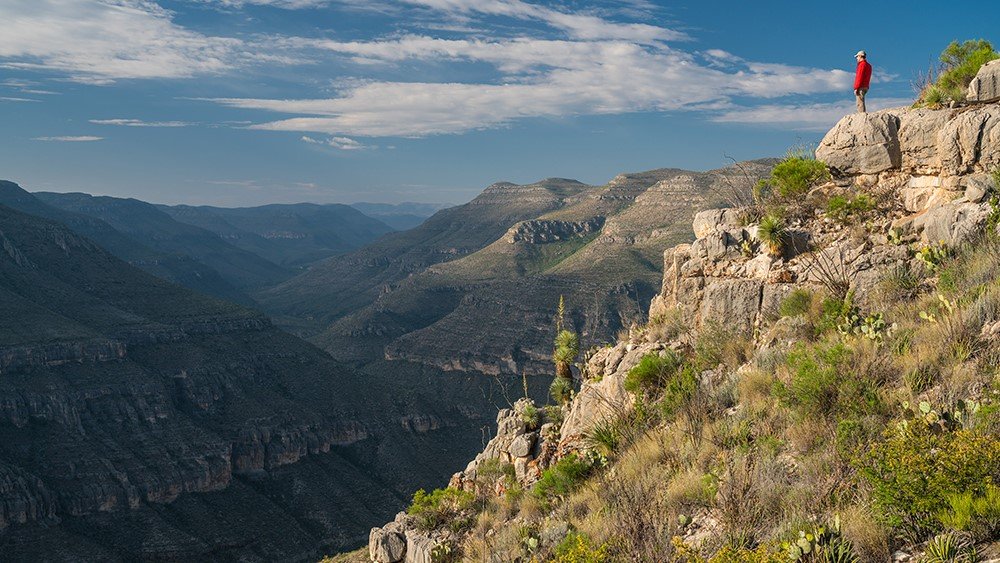 Suffice it to say that Texas has land to spare, and if you also have money to do so, then the Brewster Ranches might be worth considering. At an astounding 420,000 acres it is more space than you will ever know what to do with.

The Ranches are a collection of 22 properties put together. On the ground there are some sparse lodges and airstrip with an accompanying hangar that can be rebuilt to the needs of the buyer. Here land is the main attraction and for a billionaire nature lover, this one offers it all- mountains, canyons, rivers and plenty of game around for hunting. 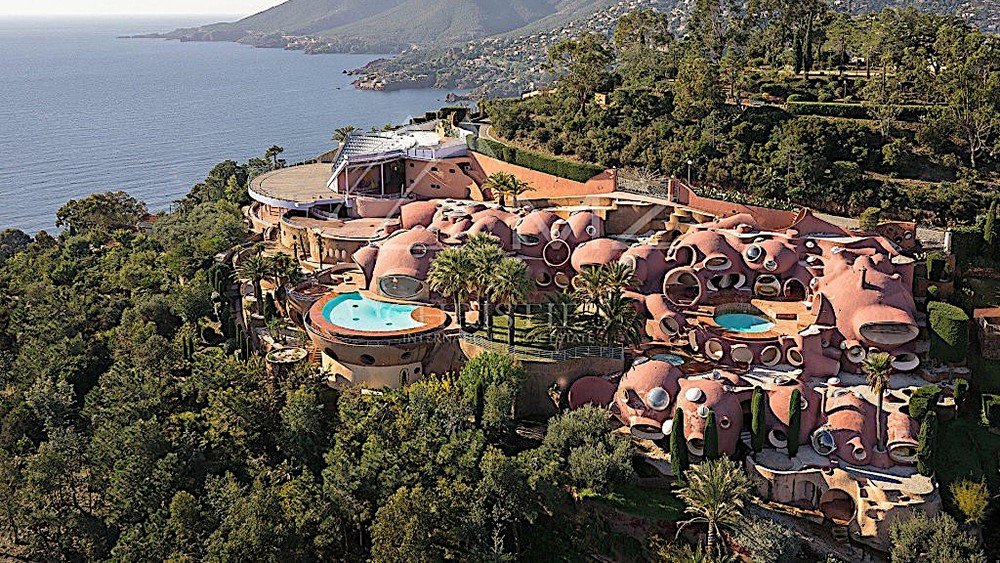 Fashion designer Pierre Cardin always had distinct, and perhaps eccentric tastes. Perhaps in a bid to bring this to life in architectural form, he commissioned the Bubble Palace to be built in 1975 along the Cannes coast. And to life it did come, in the form of a collection of circular rooms that were inspired by prehistoric dwellings that early people lived in.

At 12,900 square feet it has an abundance of living space and enough luxury features to keep anyone happy. The design though is what really divides because you either really like it or don’t. 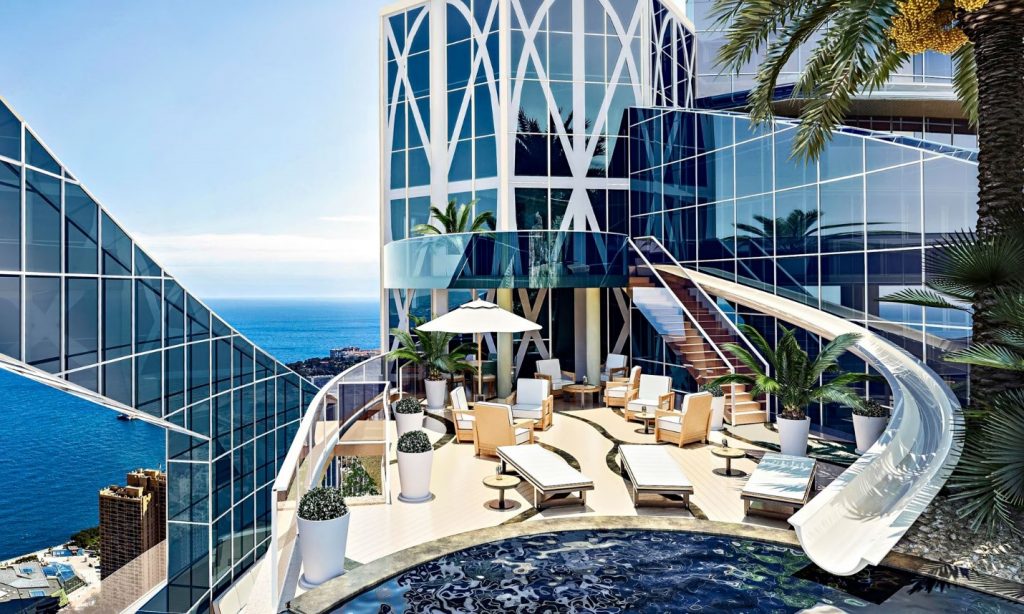 This Penthouse in the extremely opulent Tour Odeon building has every criterion to be labelled as the most expensive house in the world. It is located in the second-tallest building across the entire Mediterranean. The apartment has 35,500-square-feet and stretches across the five top floors.

Its selling luxury features include: 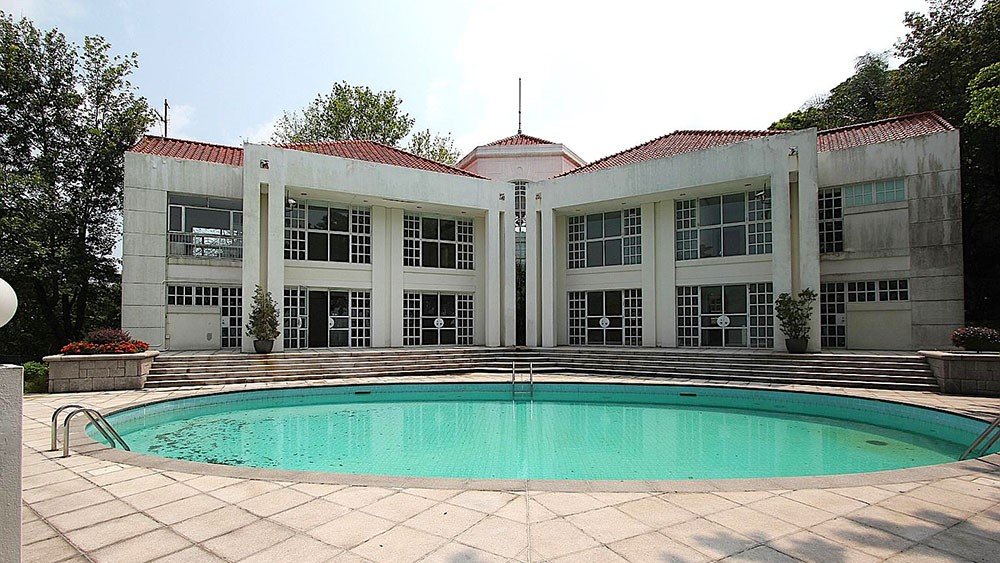 This particular listing is an oddity in this list because it neither has the character, the space, nor the architectural marvel to make it anything more than average. It sits on a paltry third of an acre and the living space is only 6,200 square feet.

But it is not the house itself that makes it so insanely expensive, it is the exclusive Peak neighborhood it is located in. Ludicrous prices from 24 Middle Gap are not new as not so far removed from the present, another one sold for a record $657m. 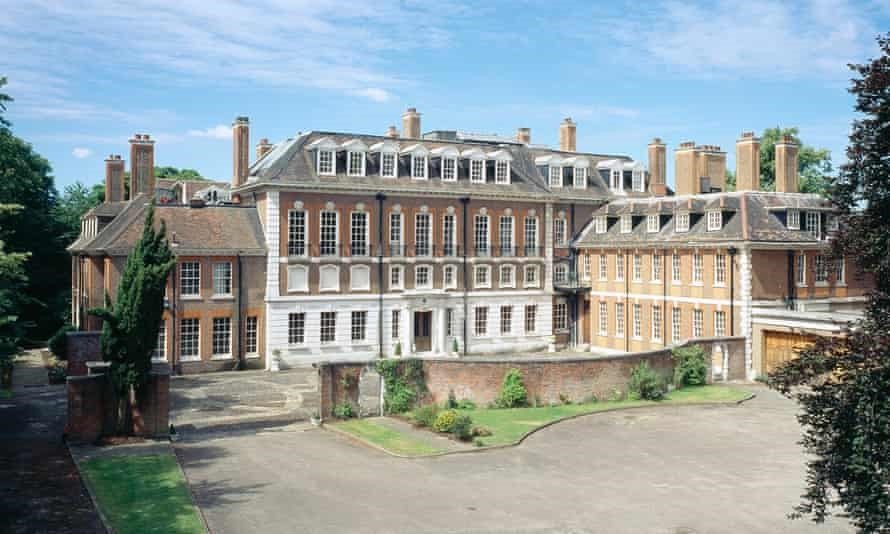 The Witanhurst has had quite the colorful past ever since it was first built. Though this was back in 1774, the current estate was built in the early 20th century. Throughout this time it has had several owners and undergone different phases of renovations. The most recent received the most attention, especially given how comprehensive the underground extension to the main house was.

At over 90,000 square feet, the mansion has 25 bedrooms and a total of 65 rooms. It is considered to be the second largest, and second most expensive house or private residence in London after the Buckingham Palace. 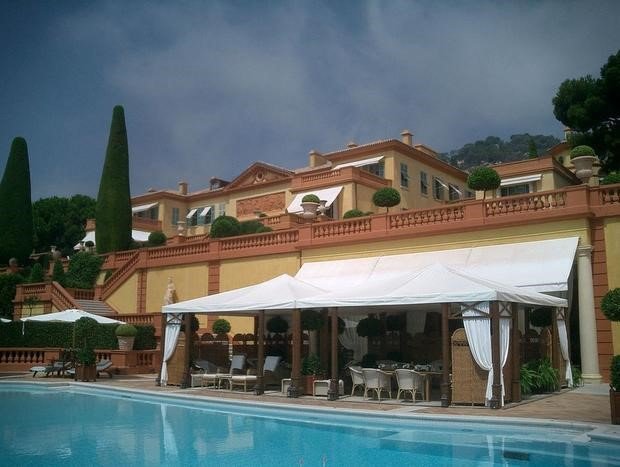 One of this most expensive houses is aptly named because it was built by King Leopold II of Belgium in 1902. The Villa Leopolda is a plush estate sitting in the French Riviera. It was a gift to one of his mistresses. And in a case of history repeating itself, the current owner is philanthropist Lily Safra, who received it as a gift from the late billionaire banker she was betrothed to.

It has, at different points in time, served as a military hospital and featured in different classic films. The main house is 29,000 square feet with 11 bedrooms and 14 baths. Other features include two guest houses, a massive pool, and over 18 acres of green space. And the villa has a distinct historical architectural style so named ‘Belle Epoque, or Beautiful Era.

Antilia, Mumbai, $2b- Is It the Most Expensive House? 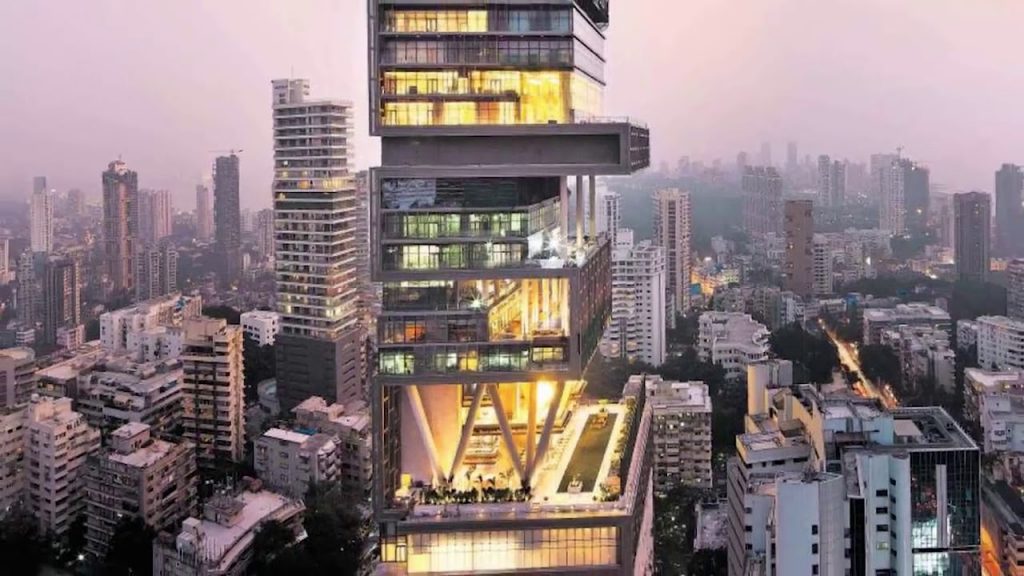 It cannot be overstated just how extravagant this private residence is. Right after the Buckingham Palace, Antilia is considered as the tallest and most expensive house of the world. With a net worth of over $70b, it is easy to see how Indian billionaire Mukesh Ambani could afford to build it.

Just how overindulgent is this residence? It stretches over 27 stories, has 9 high-speed elevators, a 168-car garage, a swimming pool and spa, terrace gardens, and a theater that seats 50. There is absolutely nothing left to want when you live here, considering you also get as many as 600 staff. You can know more about it here.

The posh residence has courted controversy since it was built. It invokes the conversation of the divide between the super-rich and the struggling poor in India.

The Most Expensive House- Buckingham Palace,London, $1.55b 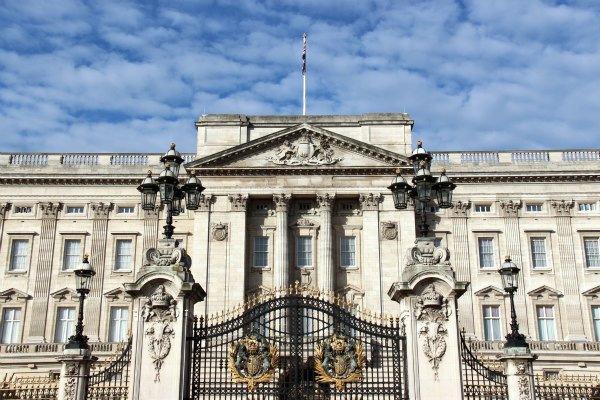 When you mention the word palatial, the Buckingham Palace is essentially what comes to mind. Though it is more renown as an administrative headquarter, it is still a private residence for the British monarch. This started in 1837 when Queen Victoria ascended to the throne, with other additions to the palace being made in the early 20th century to accommodate its notable role.

The price tag of the most expensive house is well justifiable considering that the gardens alone stretch over 40 acres. Would you live here? Probably not. You would not know what to do with the 775 rooms that the palace has. These include:

Interested to know more about it? Read it here.

This collection of expensive estates or rather the most expensive houses is hardly exhaustive. And it is because the number of highly priced properties is far larger. However, it serves to give us a glimpse into the living situation of those with extremely abundant financial resources. It remains true that money cannot buy you happiness. But at the very least, it can afford you a very luxurious space for you to contemplate on where to find it.