Connecting the earth and the sky, the trees are not only essential to human survival and thriving, but are ever-fascinating through their mysterious resilience, longevity, and often size. Trees are unable to change their place and to defend themselves like a walking creature would; yet, a tree can live up to hundreds, if not thousands of years. Their endurance is astounding.

Ever thought, if an old tree could speak, could it reveal real facts? History unfolds, recorded with every circle in the tree trunk. History is written by the victorious, a well-known saying goes. This means we don’t always learn the truth. Only these silent witnesses – the trees – know the truth about everything that happened. Below are 10 of the world’s longest-living ones, which would surely reveal stunning stories, given the chance of a chat.

In the remote village of Ashbrittle grows a yew tree with seven trunks. Experts say it might be 3500 or even 4000 years old. It saw the rising of Stonehenge, to name the first milestone event of its existence. The tree grows on a small mound which is rather peculiar for that place, hence the speculation that it could be the burial place of an ancient ruler. In the yard of St. John the Baptist church, visitors can admire the monumental tree with its crown so vast that is reaching the ground. 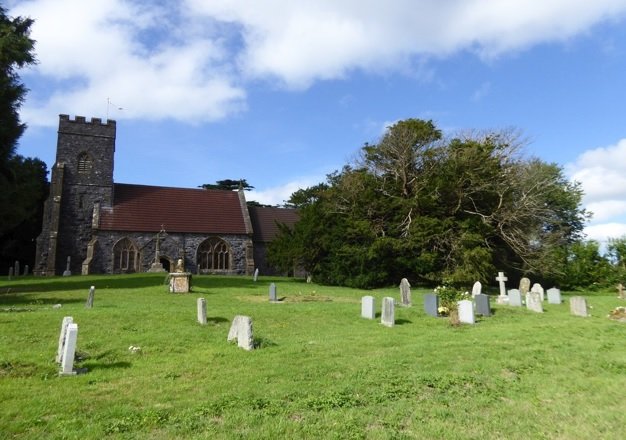 Size matters and the General Sherman tree has the size as well as they age. It’s been around for more than 2000 years – somewhere between 2300 and 2700. However, this specimen is still young for a sequoia. It’s 100 feet wide and is the largest tree on the planet, with a volume of over 52,000 cubic feet. That means that one could build 120 medium-size houses out of it if we are to trust the estimations. Find it in the Sequoia National Park in California – as you might have had expected. The tree bears the name of W. T. Sherman, a general serving in the Civil War. The neighboring ones are also named after similar generals. 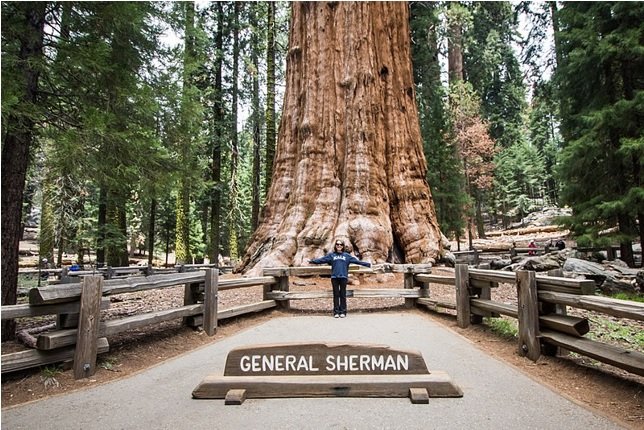 Leaving aside size and age, it would be fair to include in this list a younger, yet nonetheless, an iconic tree that’s kept shade to a brilliant mind. This famous tree in England, according to biographers, is the one that produced the famous apple in 1666 that fell to the ground. Its fall made the physicist and mathematician wonder about the forces that bring all objects to the ground. Thus, he discovered the law of gravitation. A heavy storm in 1820 put down the apple tree. However, the roots were well alive and new growth began. Today, we still have an apple tree at the very same place, blooming and producing fruit. 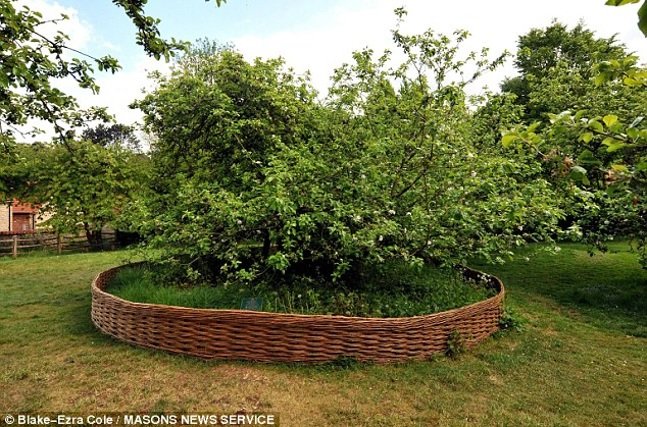 There are many legends concerning Buddha’s original fig tree, known as the place of his illumination. One of them says that branches from this tree were taken to be planted as descendants of the sacred fig tree. A particular branch actually has a planting date marked in history, thus authenticating the story. In the 3rd century BC, a Buddhist nun order founder brought the branch to Sri Lanka, where it grew into a tree, known as the Jaya Sri Maha Bodhi. Around it, a whole monastic complex was developed. Temple Mahabodhi in India boasts about being home to a similar branch. 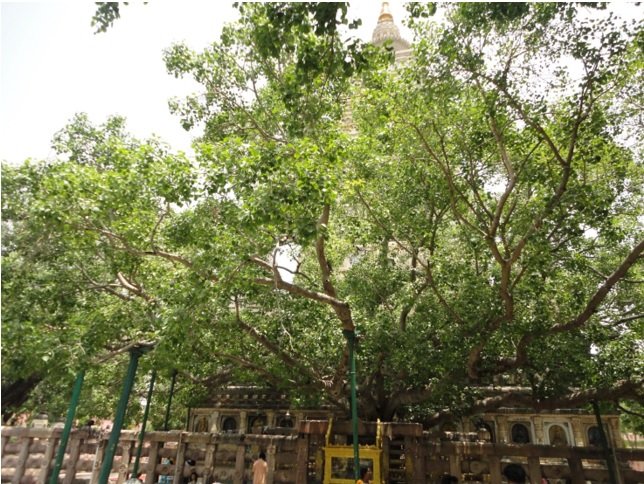 A robust, wide-crowned, wide-bodied oak tree called the Major Oak appears to be yet another prominent witness of British history. The hollow part of its trunk was used as shelter by Robin Hood himself and his mates. You guessed it, that’s exactly in Nottingham’s Sherwood Forest. The Major Oak stands proud right in the middle of it, its hideout still intact. Its age stands between 800 and 1000 years old. The now long and heavy branches have steel poles for support. 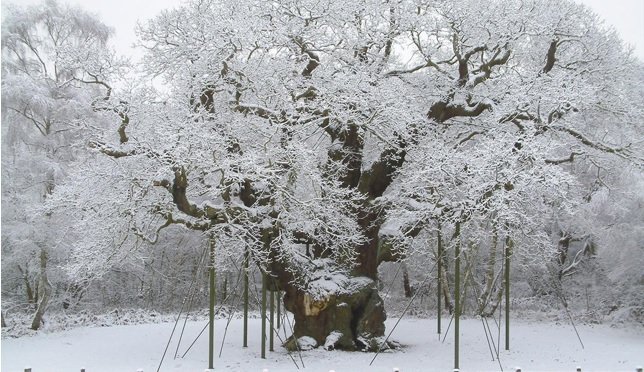 The Norway Spruce Pushing to 10,000 Years of Life

Old Tjikko is the name of Norwegian spruce growing in Sweden and found in 2004. The tree itself is a young one, but the root system is no less than 9550 years old. If that is a bit confusing, here is the explanation. Trees like Norway spruces have the ability to self-clone. When one stem dies, the same root system generates a new one. Old Tjikko’s discoverer is researcher Leif Kullman. At that point, it was the oldest tree on the globe. 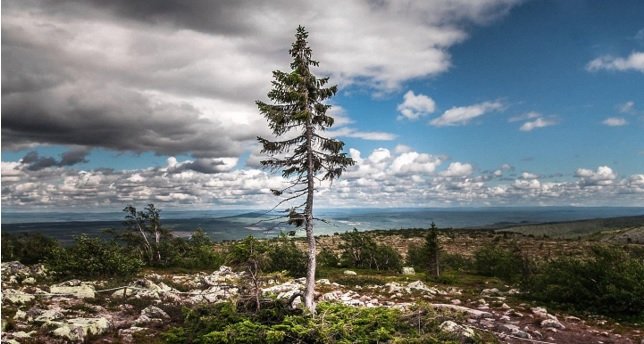 Surviving an event of such magnitude is a remarkable fact. Ground zero workers at the World Trade Center ruins after the 11th of September 2001 found a tree among the ruins. It was a Callery pear tree, damaged but not defeated. Its branches were broken except for one. The devastation at the World Trade Center did not tear it down completely. Whatever remained was carefully catered to at a nursery in the Bronx. In 2010, as it regained its health and vigor, it retook its place on the site of the WTC. “The Survivor Tree” graces the National September 11 Memorial & Museum.

The Cedars of Lebanon

Although this isn’t a single tree but a group, it has a major significance in history. In Northern Lebanon, in the mountains, in the Bcharre Nature Reserve, lies a patch of approximately 400 cedar trees, known as the Cedars of God. The patch is a remnant of an ancient forest well known to Christians. It’s because it’s been mentioned more than 70 times in the Bible. While the rest of the legendary forest is gone, the surviving patch stands witness to thousands of years of wonders, changes, and events. King Solomon used wood from this forest to build the Temple of Jerusalem. Ancient Egyptians harvested resin from these trees to use in their mummification processes. 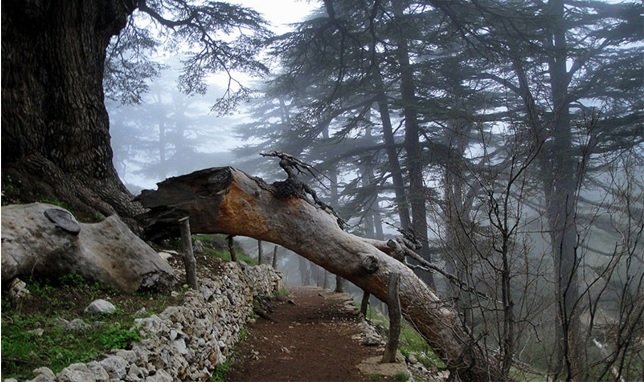 The “Charter Oak” in Connecticut

When all the lights go off, the trees still know what happened. In 1662, King James II was planning to revoke the royal charter issued by the late Charles II. The Colony of Connecticut refused to give the paper away and let go of the remaining autonomy. When the governor met with the colony leaders in order to obtain the charter, all the candles in the room were suddenly extinguished. As the light was restored, there was no trace of the parchment. It is believed that Cpt. J. Wadsworth took the paper and hid it in a nearby oak tree. This deed seems to have changed the course of history for Connecticut, which kept its rights until the 19th century. Sadly, the tree that became the symbol of freedom no longer exists today. Yet, the symbolism and the story remain. 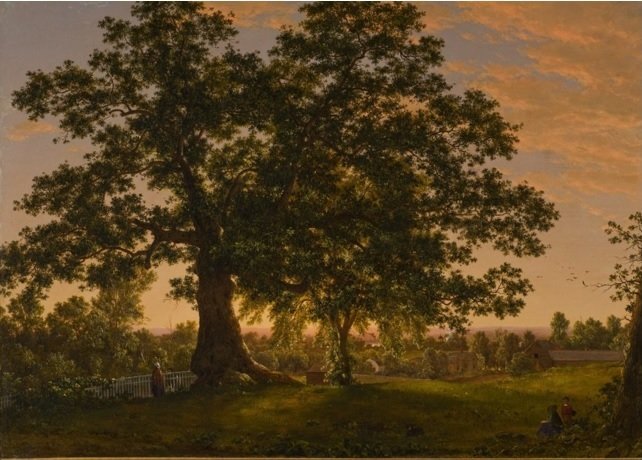 The oldest individual tree (to be distinguished from self-cloning trees) is still Methuselah, a Pinus longaeva in California’s the White Mountains. Its ring count shows an age of 4,852. The approximate germination date is 2833 BC. Its location is secret, in order to protect it from any curious or ill-wishing visitors. Nevertheless, the Great Basin bristlecone pine lives at a very high altitude of about 3,000 m, which makes visits rather complicated. The former oldest tree of the world, named Prometheus, was of the same species and died out in the 1960s. For such a ripe age, one would expect a massive tree, yet Methuselah and its ‘brothers’ are small, with twisted, wavy trunks full of knots, thus able to survive in their harsh environment. 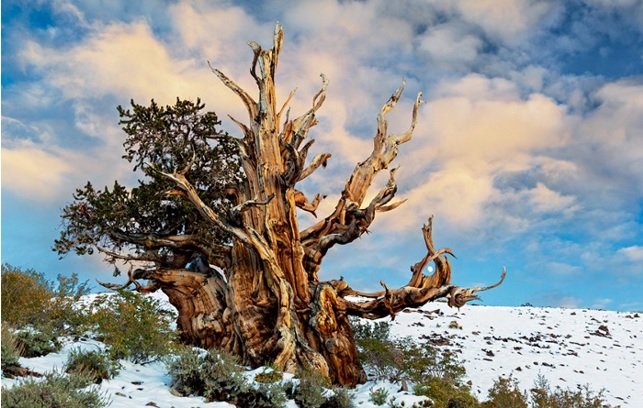 The A-list of trees worldwide boasts many more entries than this article offers. Almost every country of the world has its living remnants of a very distant past. In most cases, the location of such trees is secret in order to protect them. Scientists are hoping that, in spite of current climate changes, these long-living giants will survive, as they already have through the millennia.